Since the beginning of time, communication has been the key element in the success of any mission, home, business and other human interactions. No doubt, therefore, a number of technological advancements in this space have been made. VoIP phones meaning phones that use voice over internet protocol technology is one of those advancements. This is without a doubt the most celebrated telephony advancements today. 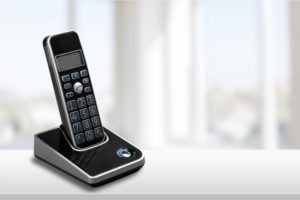 Much earlier, in the twentieth century to be precise businesses, campuses and homes used what was known as POTS (Plain Old Telephone system). This is basically the traditional standard telephone technology that used the public switched telephone network (PSTN). This technology incorporated copper and fiber optic wires to make a network. These wires crisscrossed the globe and the cost incurred depended on the length of the wire used.  It was therefore very expensive to make long distance calls. For a business to have a phone system, it meant renting the length of wire owned by the telephony organization. Traditional telephony used circuit switching meaning that for the entire duration of the transmission a dedicated circuit was left open.

This is an improvement on the traditional telephony. You can say that it is basically traditional telephony services only this time operating via computer network through the use of packet switched protocol. Packets simply act as electronic envelopes into which voice signals to be transmitted are put. Packets include not only the voice signal but also the network addresses of both the sender and the receiver. One major advantage of this over the standard telephony services is that it has a higher bandwidth meaning that it can transmit more information per unit of time than the former.

IP technology was way more superior to the two earlier telephony services. It uses the internet protocol for its transmission and this comes with quite a number of additional capabilities. Initially, this telephony service depended on the internet but today this is not absolutely necessary. VoIP phones are interoperable meaning that they work perfectly over all kinds of networks. Another advantage is that they are very portable and can work with different gargets, not just phones. The sound quality is also very clear. When this technology was first introduced into the market, it couldn’t compete with the traditional standard telephony in terms of sound clarity. Over time though, this has been improved and now the sound is transmitted very clearly. Voice over Internet Protocol phones is relatively more affordable. This is because this technology eliminated the need for use of copper and fiber optic wires. This, therefore, means that even smaller organizations can now afford a good telephone system unlike in the past where a company had to incur the cost of renting the wire depending on the length.

There are quite a number of VoIP phones available in the market and these include wireless telephones, softphones, and conference phones.  The major advantage of wireless phones is that they don’t incorporate wires that limit movement while making a call. A softphone is simply software installed to a computer giving it phone capabilities. Conference phones, on the other hand, are best where calls need to be transmitted to multiple participants. Depending on the organization’s need, all these telephones can be quite vital for communication.

Previous Post: « How to Act in Case of a Cyber Security Breach?
Next Post: Significance of Mobile Video Conferencing »