Designing a website is a tedious task, for both the designer as well as the client. It often happens that there is a fallout between the designer and the client because of the lack of proper communication. A lot of time goes into website designing. You need to discuss the ideas, what you want in the website for sure and what you don’t want in it any cost, gathering information about your company, staying in the loop with the designer so that he has access to the information that he needs etc. There are a million things that need to be done for the formulation of a good website. How can you help your designer so that you can ensure that the process is smooth?

Take any website designing company in Delhi, they can’t help you until and unless you can provide them with what they need. To begin with, you must collect all information about your company in all the different possible formats. Be it logos, photos, videos, etc.; all should be available with you so that the designer can use them directly. No user reads a huge amount of content without the necessary break given in between by photos and the other forms of media. To prevent your website from becoming monotonous you need to integrate it with elements that make it interesting. 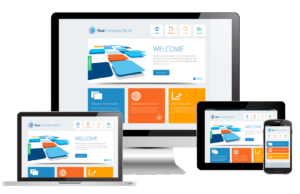 The website is going to affect all different parts of your company. Be it the HR department, the marketing department, or the sales department; all are going to be affected by it in some manner or the other. To avoid clashes and issues later on, you can set up a team initially comprising of one person from every department so that they can give their valuable insights in the initial stages of website development. All these people from various departments can report to one head, who in turn can remain in direct and constant contact with the web designer. All these people can help in gathering the information. One important thing to remember here is that the information should be properly documented and arranged, you mustn’t provide the designer with a bunch of papers that contain information in them somewhere. If you need to designer to be at his A game, you need to be at your top game as well.

Your designer is most likely to divide the process into stages; keeping in mind certain milestones. No one works for free in today’s date, the way you have decided to pay the designer must be followed through. If you keep on delaying the payments that are to be made, your designer will not provide you with the work as per your needs and can also leave the process in between. Be it the most top notch website designing company in Delhi, or a small company; none of them are going to be happy working for you if you don’t give them the necessary appreciation and their rightful payment.

One thing you must assure is that your designer gets what he needs even if it means going a little extra out of the way. If he needs some crucial information that is only with the seniors, you need to contact them and stay behind them until they provide you with it. The designer can curate the perfect website for you only if you do the needful. A good website can be the driving force behind your company’s growth and success. It can provide your target audience with all the information that they need from the comfort of their own homes by a mere click of their mouse.

Google has formally confirmed on their webmasters blog that the introduction of Penguin 4.0 has now begun to roll out. Very importantly, it is now featured within their core algorithm, has been updated in real time and runs on a more granular basis. Google penguin was launched first in April 2012 with the objective of targeting black hat webspam. Google expressed this in 2012, because those who use utilize methods that do not benefit consumers, where the aim is to seek for loopholes or shortcuts that would rank pages more than they deserve to be ranked. Specifically, google states keyword stuffing and link schemes. Eventually, the update wanted to penalize those websites that are violating google quality guidelines, with a main focus on above mentioned points.

While there have been quite a few number of updates since the initial launch during 2012, the very previous update was penguin 3.0 in 2014. There has been more discussion in the SEO community regarding the length of time taken by google to launch a subsequent update, with several webmasters having to look forward it for their website to restore from penalty. There has been some essential volatility in search engine result pages, since the start of September, however checking into the recent chatter on different SEO forums, the chatter specifically relating to penguin or those observing improvements in penguin hit sites only started lately. Considering the announcement made by google, there is certain significant news related to the changing nature of penguin.

Penguin is real-time now. Historically, the list of sites influenced by penguin was refreshed periodically at the same time. Once a webmaster enhanced their website considerably and its presence online, most of the google’s algorithms would take that into account fast, however others, such as penguin, have to be refreshed. With this modification, penguin’s data is refreshed in real time, thus changes with be visible faster, normally taking effect soon after a page is re-indexed and recrawled. Penguin is also more granular now. Penguin devalues spam now by adjusting the ranking according to the spam signals instead of affecting the rank of the whole site. It is interesting that in a same way to when the Panda algorithm was integrated into core algorithm, future comments of penguin changes will not be changed. This makes it more hard to isolate any webspam modifications, however while frustrating, it must also make it very difficult for the black hat practitioners to game the system.

One of the most notable impacts of new changes, although, is that it will not take long time to restore from penguin when you are affected. Google refers that changes will come into effect shortly after they reindex or recrawl a page. One particular thing, although, that they are quiet on is precisely how long does it takes for URLs to take effect. It indeed makes no sense for this to occur quickly as it might be gamed by black hat SEO. That having said, with the algorithm being more granular, it appears that any penalty will be made on page by page basis. This has the great potential to blunt the consequence of any penalty significantly and it is not anything surprise if this could benefit black hat SEO in long run. It is not clear how long it would take for the update to take effect, however it is suspected that it would take weeks or even months or more for google to completely recrawl the wholeness of the web.