Technology boon has led people to save tons of confidential and extremely vital data on virtual files. Yet, only a few have installed a full-proof cyber security system to cope in case of an attack.

Do you know how to act if there is a security breach in your highly crucial database?

We have compiled a 5 step procedure that will assist you in taking an organized action in such urgent situation of cyber attack. 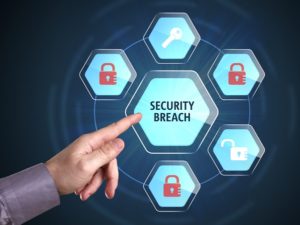 A composed approach is a call in such unnerving cyber attack state. A lucid plan should be set up to counter the problem smartly.

For success of the strategy expertise from related areas will be needed such as:-

Finding out what & where the breach is and curbing it immediately. This will close the opening via which data is being stolen. It will save the damage from being massive as your servers won’t be open for a longer time span.

This can be done by-

To evaluate the seriously of the theft:-

Practical notifications are adopted so that those affected can take steps to save themselves. For example-

To ensure that such breach does not occur again, the following measures can help:

The 5 steps when incorporated can sort the issue. These can also prepare you beforehand in case such a situation ever arises. An intelligent move would be to fix a meeting with a premium cyber security company. After all, only a specialist in the field can provide you 100% guaranteed security.

The smartphone is a device that has brought huge changes in the field of communication. There are many apps as messengers with the help of which one can communicate by voice message and data files also. There are many brands in the market that offer numerous models for the buyers. The features and specifications of this model make one use the phone to the fullest.

Among all the leading brands, the Nokia Corporation is a different one that has brought revolution in the area of communication through its feature phones.  With the change of technology and arrival of a smartphone, the feature phone became outdated, and the company lost its market share also. To regain the same the company launched a smartphone in Lumia series which attracted the Nokia as well as Microsoft lovers. Now once again the brand has got one more device to its product line which is known as Nokia 5. 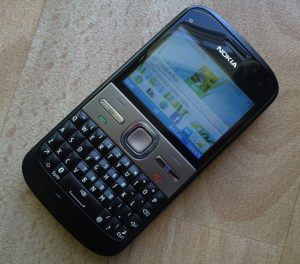 As per the experts in the market, this product is just launched, but with the pre-booking, it has shown amazing performance and hence there are high chances that this device will bring the company back into the competition in the smart phone arena. The device has already attracted the attention of all the rivals as well as buyers who love to use brand Nokia in its new avatar.

The reviews provided here are for the easy understanding of the potential buyers, which can help them to decide if one will go for the same or not. Here are some features, specifications, and price of the Nokia 5 mobile that can help one to take a decision.

This beautiful device has 5.2-inches which make it easy for the user to carry out various activities on the screen. The screen resolution for the same is 720×1280 pixels HD. The PPI for the screen is 282, which is considered as good as per the industry practice. There is also Corning Gorilla Glass and IPS LCD which makes the screen more effective when it comes to viewing images and videos. The device has got a capacitive touchscreen with multi-touch which is a must for any smartphone device. The body to screen ratio provided is 68.52% which helps the user to have the optimum utility of the screen. There are various colours such as tempered Blue and Silver as well as Matte Black and copper in which the device is available.

The Nokia 5 will be operated with the Android v7.1.1 which is known as Nougat and the latest version of the Android operating system. There is octa-core 1.4 GHz cortex A53 processor with Snapdragon 430 MSM8937 Chipset.  It is provided with 2 GB RAM and Adreno 505 Graphics which help one to have the best of the using experience for a standard user.

For a smartphone, the camera is one of the most important features. It needs a high-quality camera to have better quality images and the best of the video clips. When it comes to having the camera on the device, the Nokia 5 is also not left behind in the competition. It has got 13 MP primary and 8 MP secondary camera. The primary camera has features such as phase detection autofocus, Digital zoom, touch to focus, face detection and auto flash. The camera also has got CMOS image sensor for better results. It offers the image resolution as 4128×3096 pixels. It has got dual-colour LED flash.  One can also see the availability of exposure compensation and ISO control. One can get HDR as well as continuous mode shooting options. Hence those who love to have quality camera should go for this device.

The storage is also an important aspect of modern day smartphones. This model device has got 16 GB as internal memory which the user can expand up to 128 GB by using a memory card. The expandable storage facility can help the user store numerous data and other files on the device. The device has got 3000 mAh battery of Li-ion which is not user replaceable. It is known for its long back up and hence those who need to use the device for a long time need not worry for its charging.

When it comes to connectivity, this device is nothing but excellent. It has got almost all the connectivity options such as Wi-Fi, GPRS, 2G, 3G and 4G, GPS, Mobile Hotspot, and EDGE. The device also has got Bluetooth and USB connectivity. There is also NFC feature on the device.

As per the market experts, the Nokia 5 price in India is Rs12899. This price helps the user to have the smartphone in low budget. This price makes the device fall in the medium budget category where the competition is tough as there are many brands have numerous models in this price range.

Though the brand is much famous in the market and the device it has just launched is also full of features, the mood and demand from the buyers cannot be estimated exactly. There are many brands that have already launched some of the models with such features in the market; the future of this model cannot be estimated well. The device is loaded with all the features that a buyer requires in the modern smartphone, and hence the experts in the field believe that this device will get a huge response from the buyers. The brand is known for quality devices, and the name is much famous that almost no smartphone user is there who does not have heard about this brand. However, the user can see that the device is made to carry forward the legacy of quality devices for which the brand is known across the market. The feature phone was the area of its expertise, and now with this power pack device, one can get the best user experience with the help of a quality device. We just need to wait how it fairs in the market. Turn to 91mobiles for the latest updates.

Designing a website is a tedious task, for both the designer as well as the client. It often happens that there is a fallout between the designer and the client because of the lack of proper communication. A lot of time goes into website designing. You need to discuss the ideas, what you want in the website for sure and what you don’t want in it any cost, gathering information about your company, staying in the loop with the designer so that he has access to the information that he needs etc. There are a million things that need to be done for the formulation of a good website. How can you help your designer so that you can ensure that the process is smooth?

Take any website designing company in Delhi, they can’t help you until and unless you can provide them with what they need. To begin with, you must collect all information about your company in all the different possible formats. Be it logos, photos, videos, etc.; all should be available with you so that the designer can use them directly. No user reads a huge amount of content without the necessary break given in between by photos and the other forms of media. To prevent your website from becoming monotonous you need to integrate it with elements that make it interesting.

The website is going to affect all different parts of your company. Be it the HR department, the marketing department, or the sales department; all are going to be affected by it in some manner or the other. To avoid clashes and issues later on, you can set up a team initially comprising of one person from every department so that they can give their valuable insights in the initial stages of website development. All these people from various departments can report to one head, who in turn can remain in direct and constant contact with the web designer. All these people can help in gathering the information. One important thing to remember here is that the information should be properly documented and arranged, you mustn’t provide the designer with a bunch of papers that contain information in them somewhere. If you need to designer to be at his A game, you need to be at your top game as well.

Your designer is most likely to divide the process into stages; keeping in mind certain milestones. No one works for free in today’s date, the way you have decided to pay the designer must be followed through. If you keep on delaying the payments that are to be made, your designer will not provide you with the work as per your needs and can also leave the process in between. Be it the most top notch website designing company in Delhi, or a small company; none of them are going to be happy working for you if you don’t give them the necessary appreciation and their rightful payment.

One thing you must assure is that your designer gets what he needs even if it means going a little extra out of the way. If he needs some crucial information that is only with the seniors, you need to contact them and stay behind them until they provide you with it. The designer can curate the perfect website for you only if you do the needful. A good website can be the driving force behind your company’s growth and success. It can provide your target audience with all the information that they need from the comfort of their own homes by a mere click of their mouse.